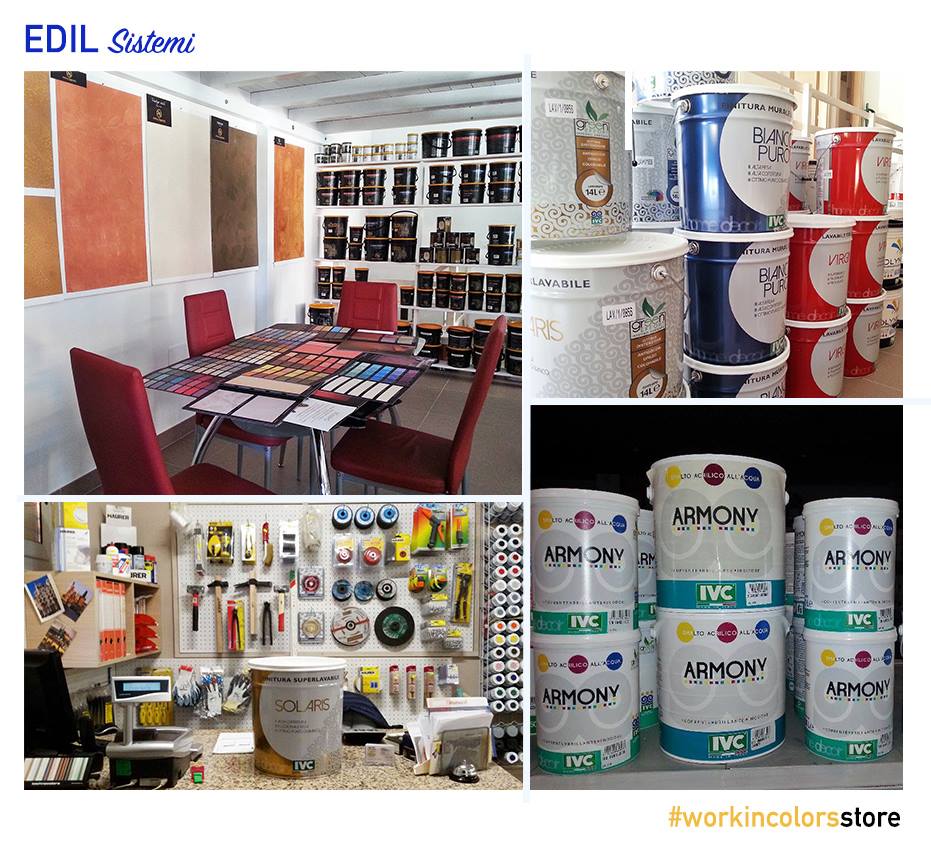 Why #workincolors for your restoration work? Thanks to three dedicated product lines we offer you all the quality of our fine decorative materials, the effectiveness of light construction products and the professionalism of color experts, just like in the Edil-Sistemi sales point of Motolese Mimmo in Lizzano ( TA) in Puglia.

Find the one closest to you: http://bit.ly/workincolors_store